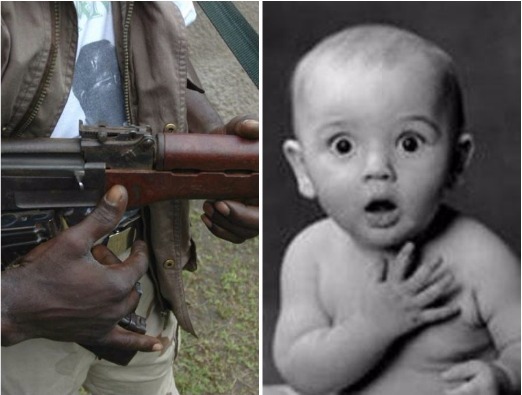 Unknown gunmen, believed to be assassins, killed a family of six— husband, wife and four children— in a pre-dawn attack at their home in the Atiba area of Odogbolu Local Government Area of Ogun State.

There was uncertainty on the reason for the murder of the man, identified as Sheik Yusuf Abdulsalam Tanimola, who is in his 30s, his wife and children. Vanguard gathered that two of the children were two years old twins.
A source told Vanguard that residents of Atiba and sympathisers, who thronged their residence, were in shock when they saw the victims in pools of blood.

The Police Public Relations Officer in Ogun State, Abimbola Oyeyemi, told newsmen that he was yet to get details of the victims’ names, but added that they “were killed overnight.”
Abimbola said the Divisional Police Officers in Odogbolu and bordering towns have been mobilised to the victims’ residence along with operatives of the Federal Special Anti-Robbery Squad, FSARS, and the Homicide Section to unravel the motive behind the brutal killings.

According to him, police are also “profiling the identity of the killer(s)” to enable them make arrest. He expressed the confidence that police will get the killer(s).