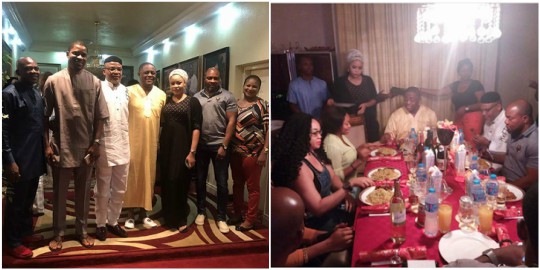 IPOB leader, Nnamdi Kanu, who was released after meeting his bail requirements last week, was hosted to a sumptuous meal by Nigeria’s former Minister for Aviation, Femi Fani Kayode. Nnamdi who arrived the ex-Minister’s Asokoro mansion in company of his sister and many others.

He also had time to have some heart-felt conversations with Femi, who has written before
now how Nnamdi won him over to his side while at Kuje Prison. However it seems Nnamdi Kanu, whose bail condition includes not being in a meeting with more than 10 people, has committed an offence. What do you think? 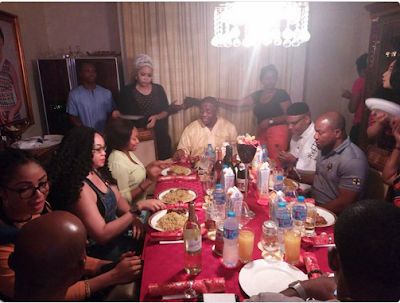 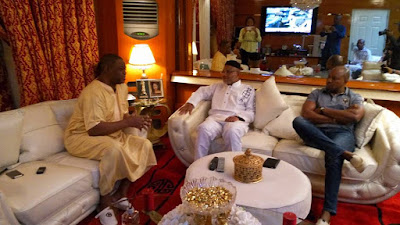 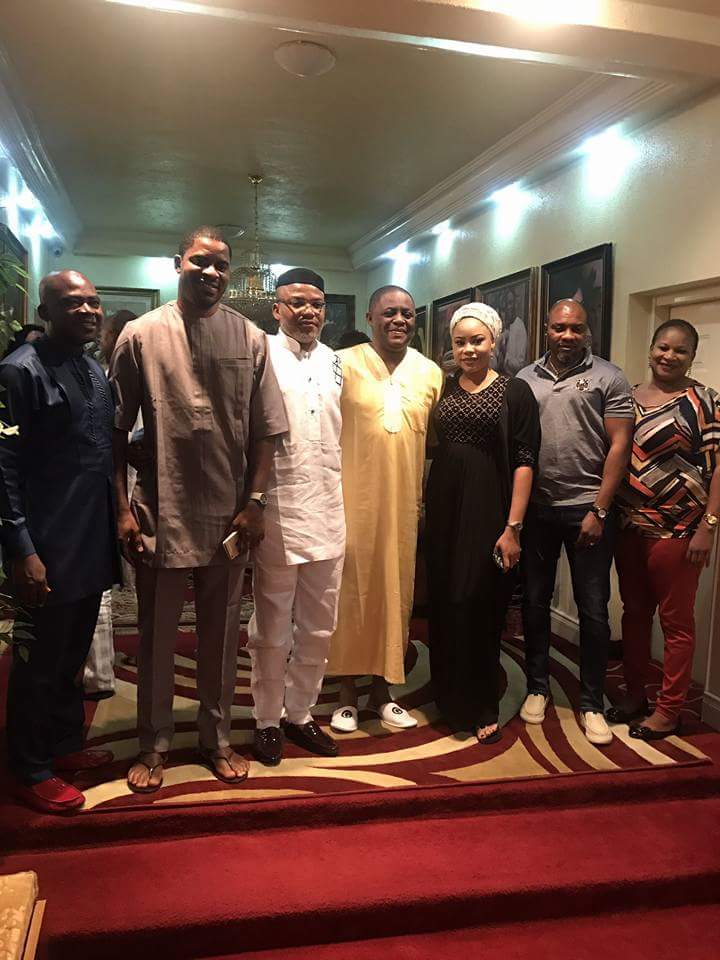 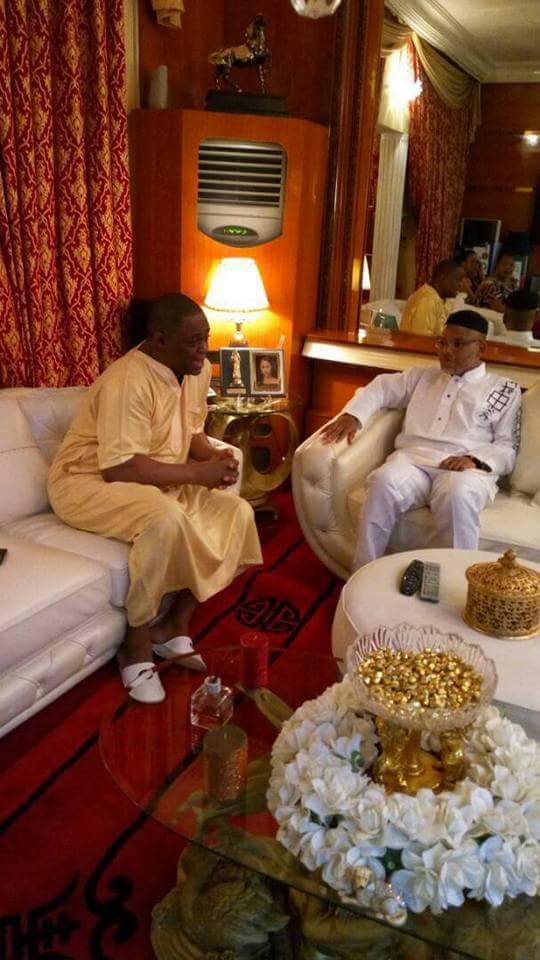 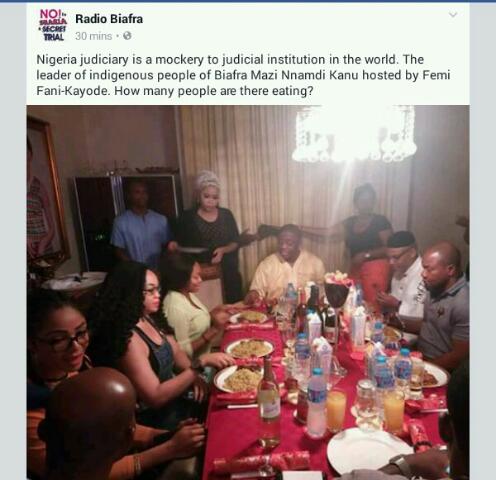 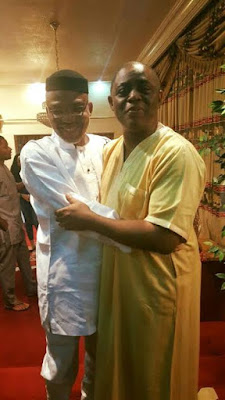 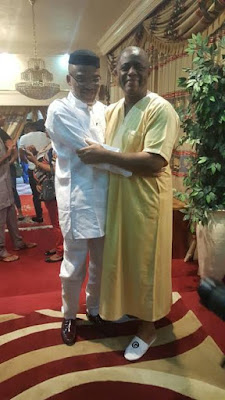 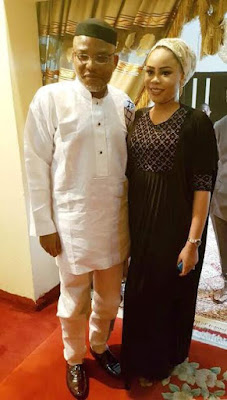