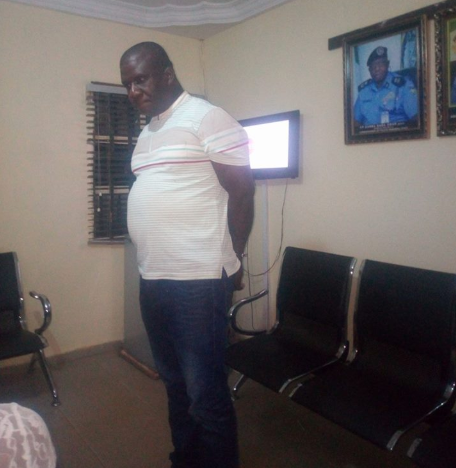 A married pastor has been caught in Anambra after he allegedly raped a 19-year-old student of Nnamdi Azikiwe University.

Emmanuel Nwakaozor, from Adazi Nnukwu in Anambra state allegedly raped the teenager last Friday, October 26, 2018. The incident was reported to a popular Facebook user Queeneth Dominic by the victim and she took it up from there. 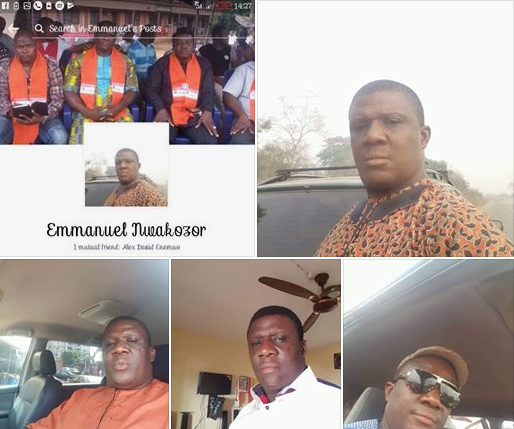 The victim said the man lured her by pretending he had a business proposal for her. When she got there, he told what the business was all about and it turned out it was shady. He wanted her to seduce men, lure them, and steal from them.

The young lady turned the offer down and Nwakaozor, a father-of-two, allegedly raped her after which he took a photo of her naked body and threatened her with the nude photos. He also cut locks of her hair, wiped her bleeding genitals with a white handkerchief, and cut her finger with a razor to make her bleed. All these, he said, was like an oath to bind them together.

The man was eventually traced using Truecaller and he was reported to police in Neni, Anambra state.

The young lady later called the man from the police station, pretending to agree to his shady business offer. She put the call on speaker for police to hear him. He admitted to the rape during the call and asked her to meet him in Onitsha for them to begin business.

The young lady set out for Onitsha as agreed accompanied by policemen in mufti. They were able to arrest the man and he has now been placed in custody.

It was alleged that he is known in Cameroon as a serial rapist and fraudster but keeps being set free each time he’s arrested.

Read the screenshots below for all the details of the story. 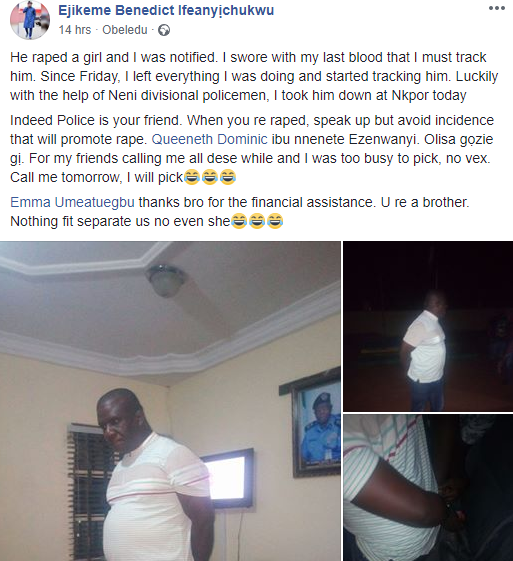 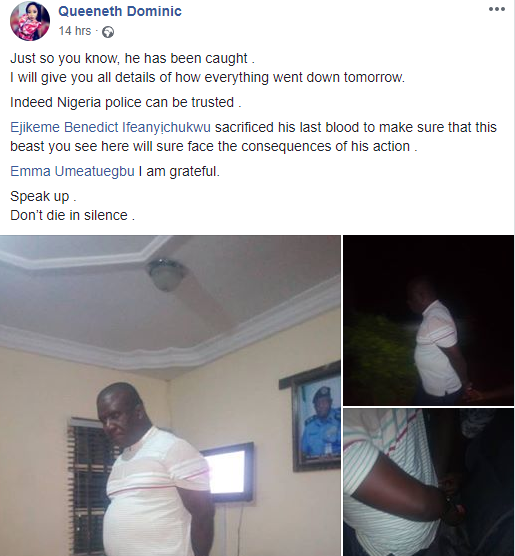 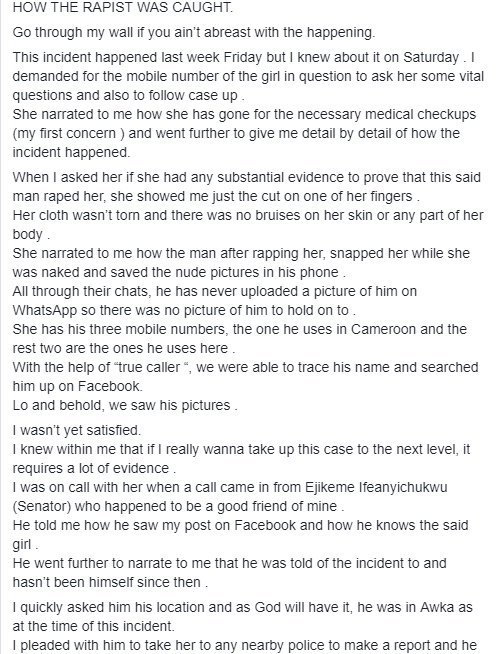 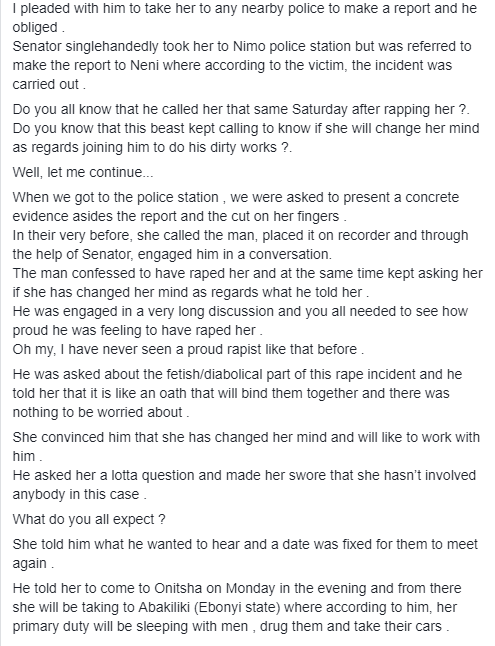 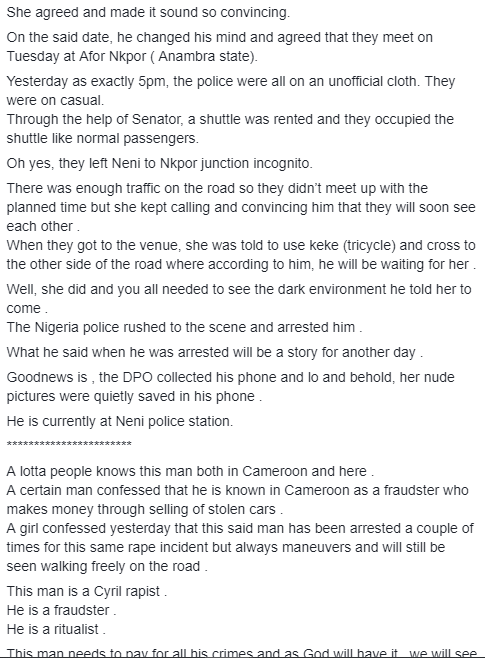 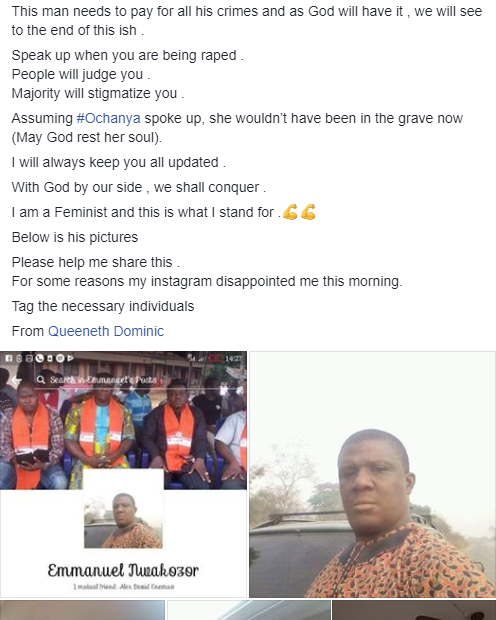 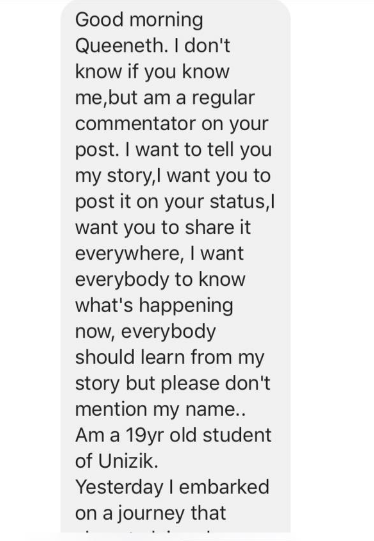 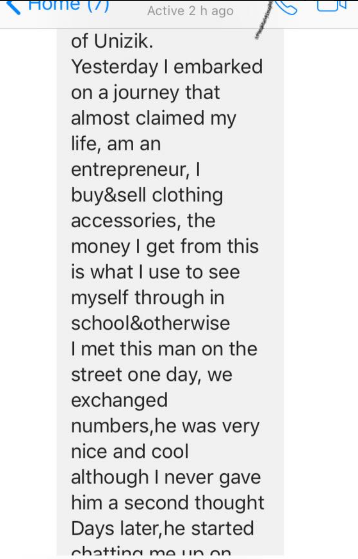 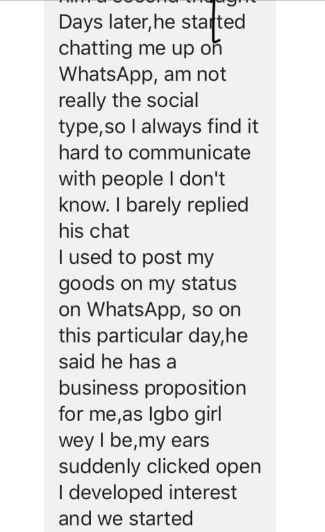 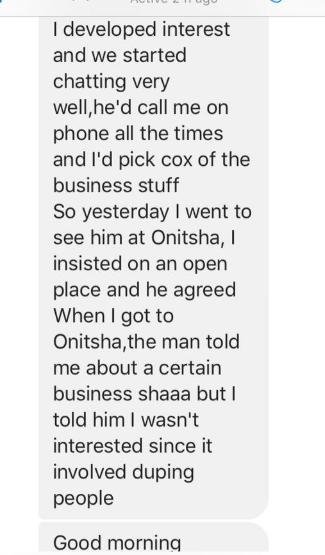 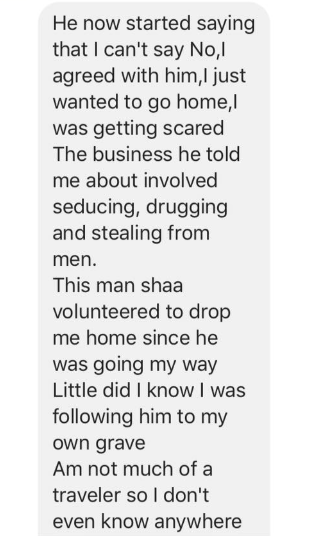 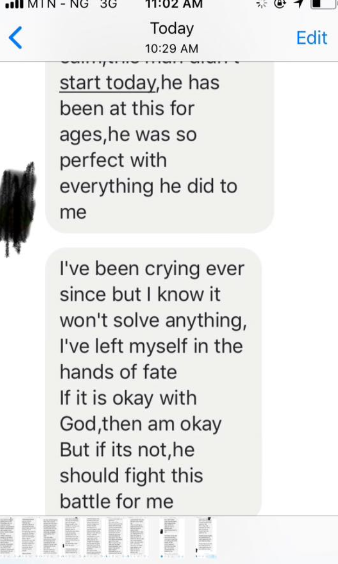