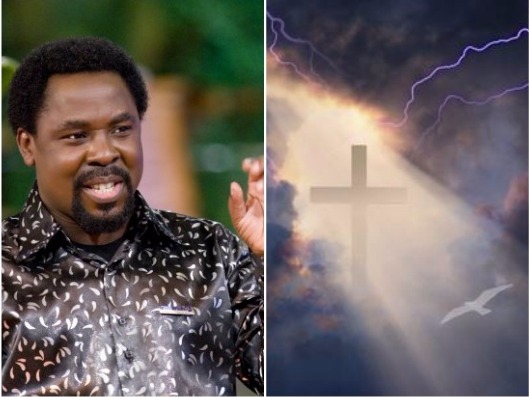 As preparations heat up for his relocation to Israel, Prophet T.B. Joshua, founder of Synagogue Church of All Nation has revealed the mystery behind his power, DailyPost reports.

The founder made this revelation in a documentary currently airing on national Israeli television, Reshet TV about the impending arrival of the Nigerian cleric.

Prophet Joshua had declared his intention to leave Nigeria and relocate his ministry to the nation of Israel, which is believed to be the birthplace of Jesus Christ.

He told his congregation that he had just returned from the ‘Holy Land’ where he held meetings with three prominent Israeli mayors of Jerusalem, Tiberias and the Jordan Valley.

Meanwhile, Reshet TV has aired an 11-minute feature on Joshua in Hebrew, detailing his recent visits to Israel and meetings with government dignitaries.

According to the video’s introduction aired on the Israeli Channel 2, “the man responsible for 60% of the tourism in Nigeria announced that he is moving to Israel.”

”He is often seen in the company of Rabbi Yehuda Meshi-Zahav, the Founder of Israel’s award-winning rescue agency, ZAKA, who recently presented Joshua with an award in honour of his extensive humanitarian efforts.

“How did you get your power,” an Israeli journalist questioned Joshua in an interview, intrigued by the clips of ‘deliverance from demonic possession’ he viewed on Emmanuel TV.

“From my Father, Jesus, who was born in this land. I am an inheritance of His grace,” Joshua answered with a smile.