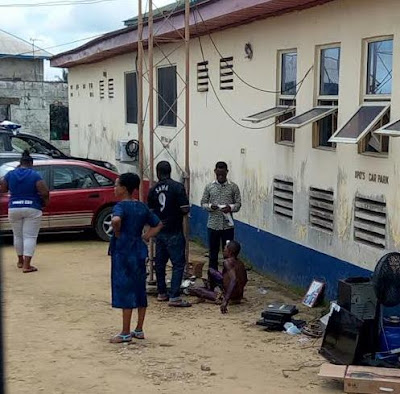 The alleged robber, (pictured sitting on the floor) said to be a load carrier was caught red-handed in the act in the early hours of Thursday, May 18th, along Hawkins while carting away with some goods.
He was beaten by mob then taken to Hawkins cemetery, beaten again, soaked in fuel ready to be set ablaze before the Police intervened.

Police doctors at Atakpa station treated the suspect while some alleged stolen properties were recovered from his house.