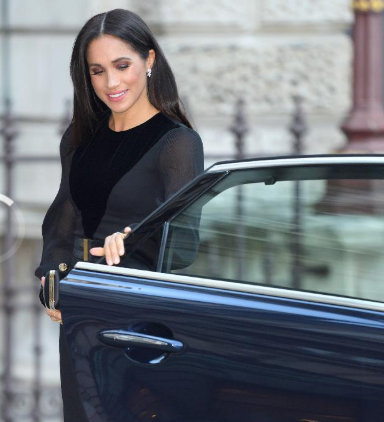 Meghan Markle has been adjusting to life as a member of a royal family and has even had to learn royal protocol. But, she still lets herself be and act like a “normal” person and this endeared her to many at her first solo engagement yesterday.

The Duchess of Sussex was filmed last night, September 25, 2018, doing something unusual for a Royal person, something Kate Middleton and Queen Elizabeth never do.

The 37-year-old was seen closing her own car door upon arriving at the opening of the Oceania exhibit at the Royal Academy of Arts. The former actress stepped out of the car and was greeted by one of the event’s hosts. She then proceeded to shut the car door behind her before heading inside the building. 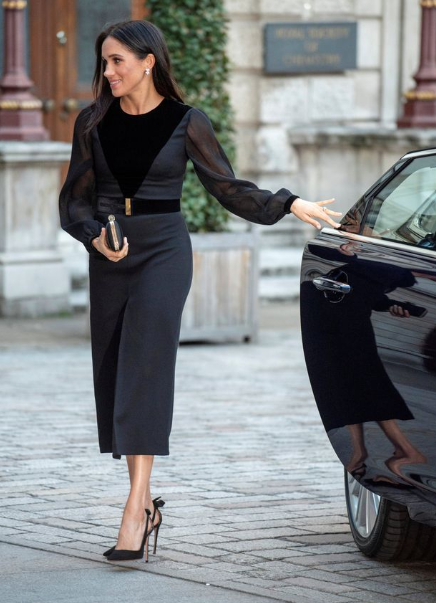 People on social media are obsessed with the fact that Meghan did something so “normal” and many have praised her for being so down to earth.

One person said: “A princess who still takes the time to shut her car door. Well done Meghan!” 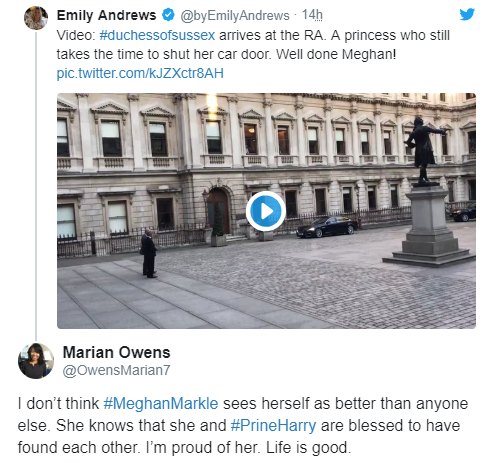 Watch the video below.

by Linda Ikeji at