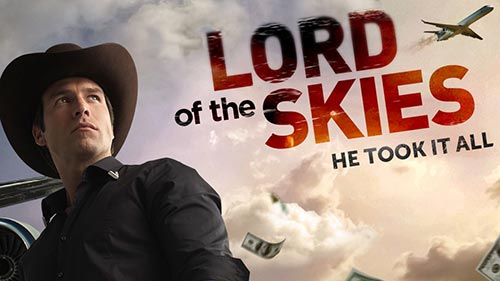 Tijeras promises Marcado that his wages will double if he agrees to work for him. Isabel finds out that she’s expecting twins.

Irma accuses Aurelio of betraying Chacorta in exchange for his freedom. Rivero hands Rutila the letter that Ernesto wrote.

Isabel asks her cousin to investigate Cristina. Aurelio is furious when Victor refuses to take part in his business.

Aurelio asks his family for forgiveness for what happened to Chacorta, and swears to get revenge on those responsible for his death.

Aurelio and Irma get into an argument which has deadly consequences for one of them. Meanwhile, Ernesto asks Leo to let him see Rutila.

Chema orders Andrews to kill Ernesto. Meanwhile, Leo sleeps with a stranger with the purpose of following the treatment her therapist recommended.

Monica asks Chema to stay away from her and her son. Victor tells Aurelio he will enter the business if Aurelio helps him in return.

Garnica tries to intimidate Leo. Aurelio becomes nervous when Feyo asks him to confess if he made a deal with the authorities.

At Isabel’s funeral, Cristina approaches Rivero and asks for an interview. Rutila visits Ernesto in prison and tells him he is the father of her baby.

Mrs Alba takes Monica’s son and desperately screams for help. Rutila lies to Ernesto about her relationship with Chema.

El Toro receives an order to kill Ernesto. Tim gets a surprise from his wife, while Omar asks Leo to be his girlfriend.

Aurelio tells Feyo that he wants to buy his business. Meanwhile, Tim tells Leo that they are on the same side, but she isn’t convinced.

Leo tells Ignacio that she is considering retiring from her job and finally living a normal life. Tim threatens to send Aurelio back to prison.

Rutila, hysterical, tells Aurelio that her baby is in the house that he ordered to be bombed. Julia goes to Michoacan to visit Leo.

Cristina shows up at the Casillas family ranch looking for Rutila, but she’s not there. Aurelio confesses to Monica that he killed Chacorta’s wife.

Monica confesses to Aurelio that she has been with other men, and Aurelio threatens her. Meanwhile, Rutila is captured and assaulted by Garnica.

Rutila tells Chema what Marcado did to her, and blames him for everything that’s happened. Diana tells Ignacio that they are going to reopen his case.

Victor tells Rutila that he knows she is hiding something from him, and she confesses what happened. Meanwhile, Leo asks Rivero for help.

Tijeras and Marcado agree on a plan. Belen warns Feyo to stop humiliating her father. Aurelio tells Tim that Chema has kidnapped his grandson.

Aurelio complains to Tim about the way Americans view Mexicans. Omar sees the note that Leo left for him before leaving.

The doctor tells Mr Justino that he is not well enough to live alone, and must move in with Belen. Victor introduces Cristina to Aurelio.

Premiere episodes of Lord of the Skies 2 air on Telemundo from Mondays to Fridays at 23h00. The omnibus airs on Saturdays and Sundays at 23h00.

More LATEST NEWS
Check out photos of Cardi B and Offset on the 2018 AMAs Carpet
Nigerians Are Frustrated; We Want Something Different, Says Falz
To Top