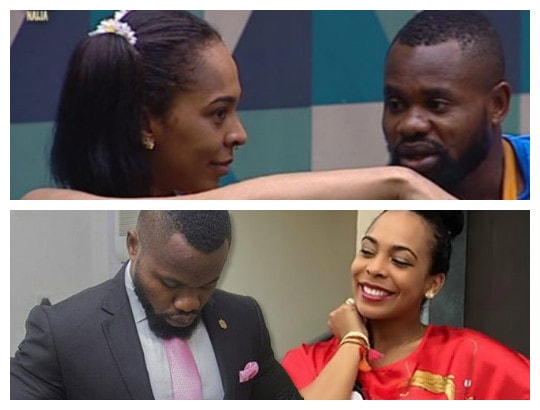 Big Brother Naija 2017 housemate Kemen was disgraced and disqualified after he allegedly groped his fellow housemate TBoss and the incident sparked nationwide outrage.

Kemen has consistently insisted that what Nigerians thought they saw wasn’t what really happened and in a new interview, Kemen says regardless of how the narrative goes, only he and Tboss know the truth of what happened on that night.

“I believe that Nigerians are very brilliant people and I’ve decided to care less about what is said on social media. The truth lies with me and Tboss. I want Nigerians to realise that the organisers know more than they do.

We are in a country where people have the freedom to express themselves and we’re all entitled to our opinions. Some people might see something as right while some other people might view the same thing as wrong, so it has been a battle of words.

“On that night, I slept before Tboss and I used the duvet that was on the bed to cover myself. When Tboss came to bed, she used the other duvet. When I wanted to go back to sleep, I attempted to cuddle her. In the course of doing that, I had to lift the duvet that was between us.

My hand movement that was seen on camera was me trying to make way through the duvet and get close to her. She woke up immediately I wrapped my hands around her; opened the duvet and adjusted her body so she could move closer to me. And that was where the video stopped.

Tboss always slept in a three-quarter short and a spaghetti top which she used as a nightgown. She is  not a deep sleeper. She also has the highest stack of alcohol in her cupboard because she rarely drinks. On the night of the incident, I was not drunk, and I don’t think she was too, even though I cannot speak for her.”

However, I have chosen to move on from all that and focus on the positive gains of the game. I have put everything that happened behind me.”

Speaking on his relationship with Tboss, he said,

“Tboss is a great person and I would want to keep her as a friend. I don’t have any grudges against her and I don’t think I ever will. You have to bear in mind that the situation not only affected me, it also affected Tboss negatively too so we are both in this together. Having a bad feeling towards her would be totally out of place.”

On his motive for going into the house, Kemen said,

“I went into the house with the intention to sell my brand and have the platform to do the things I’ve always wanted to do. It was very educative. I plan to explore the opportunity of the platform. I am a strong and focused person. I’m extremely creative and I was able to show that while I was in the house. Nigerians are also going to see more of what I can do in a very short while. I will devote time to my fitness and entrepreneurial activities.”