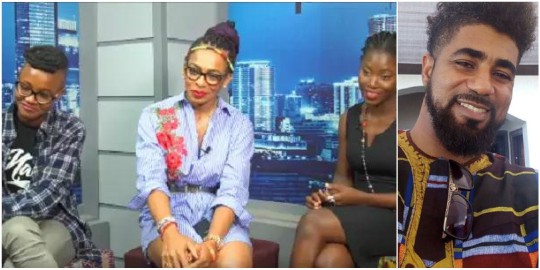 Big Brother Naija housemates, TBoss, Debie-Rise and Marvis, who were interviewed by Pulseng, have disclosed what first came to their mind, after learning that Thin Tall Tony is married with kids.

Recall that before now, TBoss told Bisola that she suspects that Thin Tall Tony might be married, though she had no proof then.
“I didn’t believe it. There were people that speculated. I didn’t believe it,” a surprised Marvis said.

TBoss, who had mentioned it severally during their stay in the house said, “I knew it, I
knew it, I knew it. He put up a very good show, but, sometimes, that Papa thing will just come out. I just knew, this guy is married. He was just too fatherly sometimes.”

Debie-Rise expressed her shock saying, “I will say that I’m surprised that he didn’t mention it. But, at the same time, I know that he is a very good actor, so it isn’t surprising.”

TTT who was romantically involved with Bisola, failed to mention his marital status to her. During one of their conversations, he described himself as ‘single by God’s grace.’