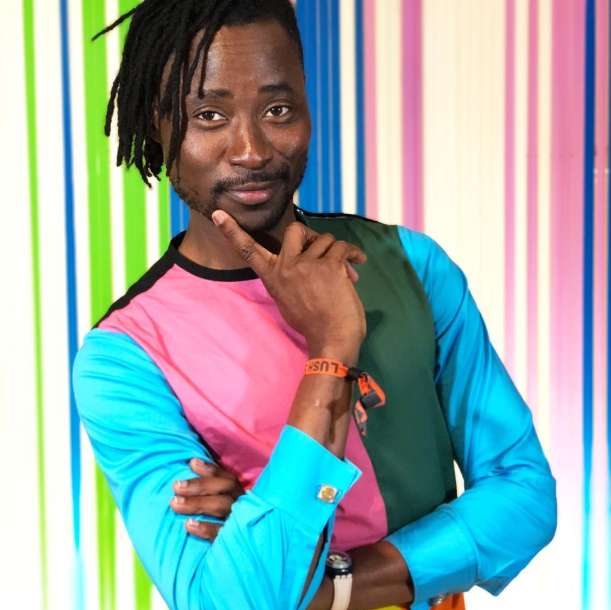 Bisi Alimi has revealed that the first time he attempted suicide was at the age of 17.

The gay rights activist said he has had many low points in his life and suffers depression because of his sexuality. He added that he still struggles with the feeling of worthlessness but tries to be strong.

This month 14 years ago, I was at one of my lowest in life (many came along after that). I was hopeless and helpless. I was also contemplating suicide. I was 29. 12 years early as a 17yrs old boy, I had attempted my first suicide, all due to my sexuality.

I am still broken, though I am healing. I still feel that I am worthless and useless a lot of time. I still feel I have no purpose in life, despite what people see. My struggles with mental health never went away, I just became stronger.

Tomorrow is coming out day and we know being LGBT is one of the reasons people like me suffer depression from childhood. Please as we celebrate Mental Health Day, a day before Coming our day, let’s show some love by reaching out and spreading positive message. 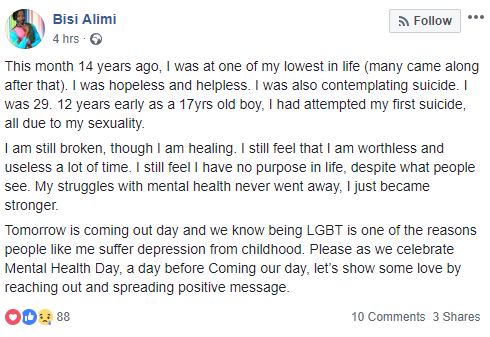